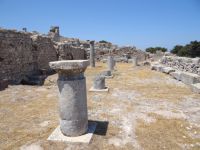 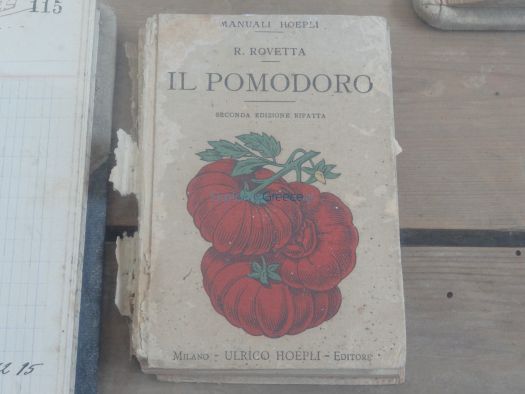 
The Golden Apple of Santorini

During the 19th century, Santorini experienced strong industrial growth. Messaria became the center of industrial development on the island thanks to factories such as the Markezinis Knitting Factory and the alcohol factory (kanava) of Antonios Venetsanos, with its three arches in a row, in the center of town, next to the mansion of Saliveros. The alcohol factory building, with its tall, well preserved smokestack, has been declared a historical landmark and is considered a monument to the newer trades in the Modern Greek period. 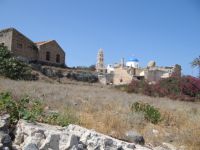 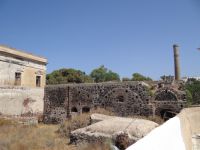 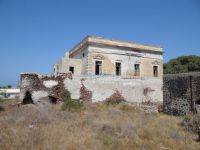 However, what characterized the industrial history of the island was the processing of the very sweet and distinctive Santorini tomato. For many years this and the wineries provided the most important sources of income for the island’s residents. 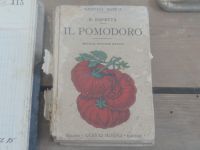 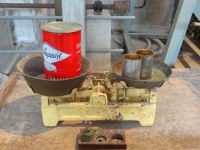 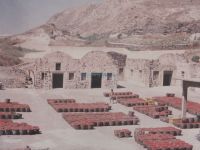 The famous Santorini cherry tomato arrived on the island in the last half of the 19th century. There are two versions of the story of its introduction to the island. One claims that the first seeds were brought to Santorini by Italian Catholic monks, while the other asserts that they came from Suez when the canal was being built (1859 - 1869), as large quantities of soil from Santorini were used during that project, and there was frequent communication with the island. The production of the chrysomilo, or golden apple, as they called it (in an exact translation of the Italian description “pomod 'oro”), developed especially after 1917. At that time, because of the Russian Revolution, there was a decrease in exports of the famous Vinsanto wine to Russia, where it had been used as the Holy Communion wine for the Tsars. Increased production of tomato products led to industrialization, and so after the war nine (9) tomato processing factories were active in Santorini. 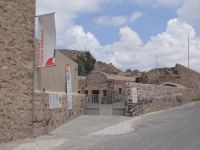 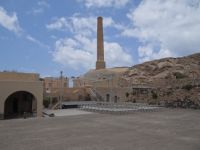 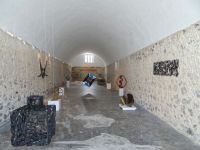 To learn more about the industrial history of the tomato in Santorini, we highly recommend that you visit the factory - museum of G. Nomikos in Vlychada, on the southern tip of the island. The historic factory of Vlychada has now been converted into an Industrial Museum which offers guided tours and a space for art and events. 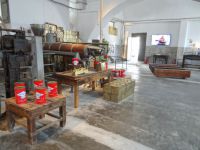 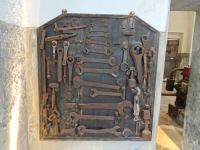 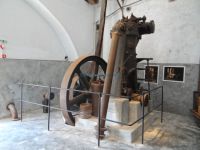 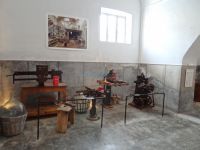 Dimitrios Nomikos started producing tomato paste in a preindustrial plant in Messaria in 1915. In 1922, he built one of the first canning factories, the most modern for its time, in Monolithos. In 1945 his son, George Nomikos, built a factory in Vlychada which lacked a roof during its first years, but then evolved into the most modern plant of its kind for its time. In 1971 the factory began exporting its products, and the company also expanded into mainland Greece with a factory in Aliartos, Voiotia which is still processing tomatoes today. Production stopped at the Santorini factories after 1981, when the company opened a second factory in Domokos, Fthiotis that is also still in business. 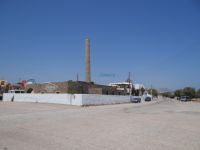 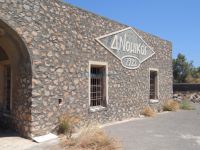 The tomato factory of D. Nomikos was built near the beach of Monolithos in the early 1920s with D. Manoudakis and K. Nomikos, who later left the business. This factory is a unique example of the industrial architecture of that period. 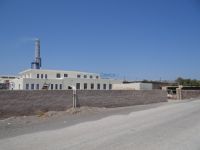 Close to the old tomato factory of D. Nomikos near Monolithos Beach, we find the cannery of the Union of Santorini Cooperatives Santo, which was constructed in the 1950s and is the only tomato processing factory in Santorini which is still producing today. 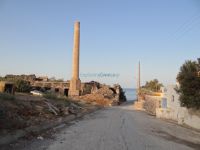 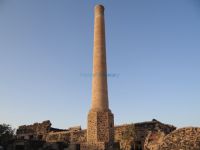 An interesting example of another old tomato processing plant with a well-preserved smokestack is the factory of Efstathios Kanakaris in Exo Gialos, which began production during the German occupation.

Rooms to let Niovi's Studios (KIKLADES, Serifos)
The coastal road from the harbor takes you to its end, straight to Niovi's complex. Its wonderful amphitheatrical positi…
More

Comments for The Golden Apple of Santorini Guide