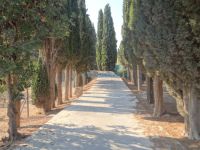 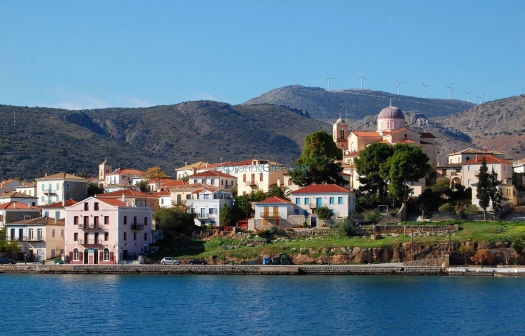 Part of the prefecture of Fokida, but with a unique character and specific features, this southeastern region is dominated by four small towns: Delphi, Itea, Galaxidi, and Erateini.
Read more...
[Reviews]
Errors? 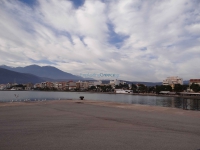 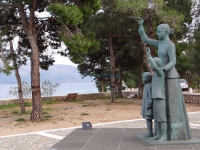 Part of the prefecture of Fokida, but with a unique character and specific features, this southeastern region is dominated by four small towns: Delphi, Itea, Galaxidi, and Erateini. In the shadow of large mountains, such as Parnassos, Giona and Vardousia, the region is blessed by the proximity of the sea, as well as picturesque mountain villages nearby. 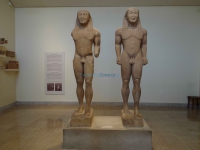 Starting from historical Delphi and passing through the impressive olive grove of Amfissa, the visitor will reach the coastal town of Itea, which is not well known as a tourist destination, but hides many beauties.

Following the coastline a few kilometers farther, you will find Galaxidi. The historical maritime town retains its colorful mansions, narrow alleyways, and weakness for good fish and seafood, as well as the tranquility of spring evening walks. 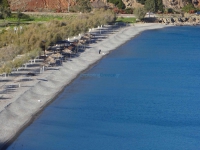 From there until shortly before Nafpaktos, the road follows the curves of the coastline and reveals picturesque seaside villages on the one hand and traditional mountain villages with magnificent views on the other. One important landmark is the only inhabited island of the Corinthian Gulf, Trizonia. 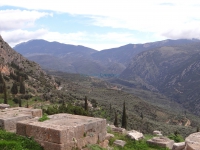 The magic of the landscape captivates you. From the highest point of the archaeological site just before the Ancient Stadium, the view of the ravine and mountainsides is breathtaking. With this image in the background, the columns of the Temple of Apollo in the foreground inspire awe: awe for the long, rich history of this land, and admiration for the art and skill of its ancient ancestors.

A visit to the Archaeological Site of Delphi is a unique experience, regardless of nationality and race, and whether or not the visitor knows and loves ancient history. Within minutes, the landscape of Delphi, combined with the myths and tales of the past, will conquer the heart and memory of every visitor.

Immediately after entering, as visitors begin to climb the hill, they will encounter the ancient Agora (Marketplace), a remnant of Roman domination of Delphi. Following that, visitors find the Iera Odos (Sacred Way), the Treasury, and the Stoa (Arcade) of the Athenians, as well as the most magnificent monument of the site, the Temple of Apollo. This is where the oracles were given; this is where the rituals took place. The faithful used to form long lines to enter this temple.

Farther up, the Ancient Theater and the Ancient Stadium indicate the central role played by the arts and sports in the lives of the ancients. The Archaeological Museum of Delphi boasts unique examples of sculptural art, most significantly the Charioteer and the Sphinx, as well as many other distinctive exhibits.

In the modern village of Delphi, located about a kilometer after the archaeological site, visitors will find many hotels, restaurants and cafés, many of them overlooking Itea and the olive grove of Amfissa. 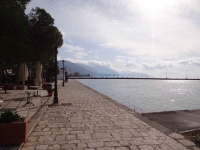 The small seaside town features an excellent town plan, with wide parallel and perpendicular streets, squares and a seafront. The population is 4,362, and the entire town faces the sea. There lies the center of Itea, where the coastal road brings the most traffic to tavernas, cafés and hotels. The modern marina can accommodate up to 250 boats, and a short distance from Itea, visitors will find several beaches, some organized and others not.

The town is an ideal base for excursions in the region, since it is quite close to Amfissa, Delphi, and Galaxidi. The coastal road is recommended for evening strolls accompanied by good food at the restaurants in town and drinks and entertainment in the bars of Itea, which is one of the most vibrant spots in the area for evening entertainment. Right next to Itea along the coast is the village of Kirra, which has nice spots for coffee and walks, despite the urban sprawl and the difficult access to the sea. 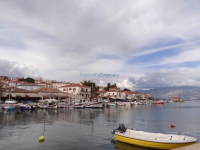 The picturesque coastal town of Galaxidi has a rich maritime history. Galaxidi was an important maritime city with a very large fleet, a shipyard, and many captains. The maritime history of the city is so pronounced that even today visitors feel it everywhere: in the streets with the captains’ houses, in the magnificent Maritime Museum, on fishing boats in the harbor, and in the old shipyard.

In a pure island setting with mansions and colorful wooden shutters, the sea is always the focus. The harbor and the Ianthia Coast are the center of Galaxidi, and tourists fill the cafes and tavernas, especially on weekends. The simple and unadorned beauty, the serenity and tranquility, and the warmth of a place without excesses and pretension are the elements that have made Galaxidi so dear to visitors.

Apart from its historic and romantic atmosphere, visitors will also appreciate the natural beauties. The Pera Panta Grove is located just opposite the harbor and is essentially a peninsula full of green trees surrounded by sea. The residents of Galaxidi love the grove and choose it for their afternoon stroll.

Also within a short distance from Galaxidi, there are many beautiful beaches, often hidden from the road, which visitors will find only with the help of the locals. 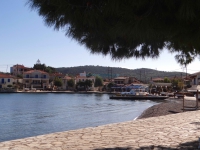 With fresh fish and seafood and swimming at an adjacent beach, time passes slowly, especially on summer afternoons. Erateini is famous for its fish taverns and ouzo bars, but also for its proximity to beaches. All of the seafront from Galaxidi to Nafpaktos is relatively unknown as a tourist destination, even though it conceals unique beaches, picturesque settlements, and traditional mountain villages on the slopes above the sea.

The only inhabited island in the Corinthian Gulf, Trizonia, is very close to the north coast: visitors reach it in just 10 minutes, traveling by boat from Chania. The boat service is quite frequent, and the island is small enough that a vehicle is not required there. Next to blue is green, next to sand are pebbles, next to flowering lemon trees are whitewashed houses. Trizonia has a large number of hotels, as well as restaurants that specialize in fish and seafood. 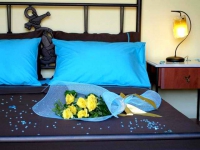 Traditional Guesthouse Akroploro Furnished Apartments (FOKIDA, DELFI)
Fresh croissants for breakfast, a little table out on the balcony so you can enjoy the sunny mornings, large comfortable…

Hotel Hotel Ganimede (FOKIDA, DELFI)
With an award-winning breakfast (named as Standard Greek Breakfast of Fokida by the Hellenic Chamber of Hotels),a tradit… 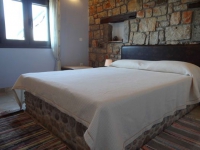 Rooms to let Nereides (FOKIDA, DELFI)
In a verdant courtyard just before Galaxidi, Nereides Apartments offer privacy and seclusion. With a view of Galaxidi an…
More