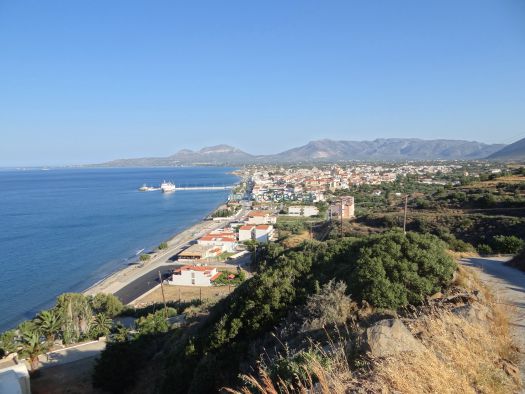 If you are looking for authenticity, peace, simplicity, and exploration of natural beauty on your vacation, then the southeastern peninsula of Lakonia, the Municipality of Voies (better known as Vatika) is the ideal destination for you. If you are also looking for a high quality visit, restaurants with authentic regional cuisine, and good accommodation at completely affordable rates, then this may be your best choice.
Read more...
[Reviews]
Errors? 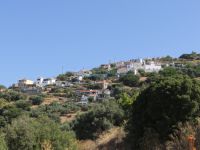 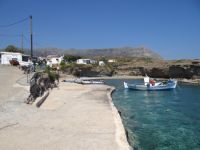 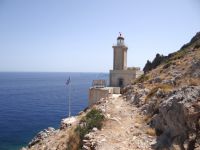 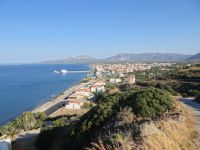 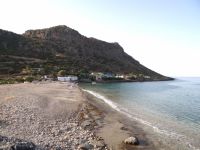 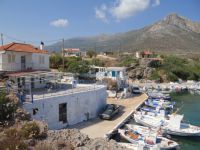 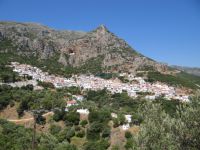 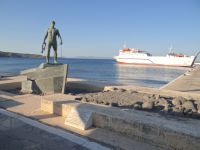 If you are looking for authenticity, peace, simplicity, and exploration of natural beauty on your vacation, then the southeastern peninsula of Lakonia, the Municipality of Voies (better known as Vatika) is the ideal destination for you. If you are also looking for a high quality visit, restaurants with authentic regional cuisine, and good accommodation at completely affordable rates, then this may be your best choice. 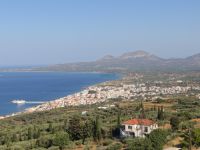 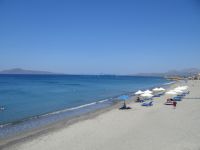 Its history begins in the second millennium BC. The current capital of Neapoli was built in the area where ancient Voies once existed. Thirteen communities and thirty-seven villages and settlements with 7,700 inhabitants in an area slightly smaller than the neighboring Kythira now make up the human geography of the region. Some parts are gently mountainous, while others are near the sea, among lush greenery (mainly olive groves), with short distances between the varied settings. (High quality olive oil is produced in the area.) Some villages, while still on the mainland, have the feel of an island, for example the gorgeous village of Velanidia or the coastal settlements of Profitis Ilias, Korakas, and Panagia. 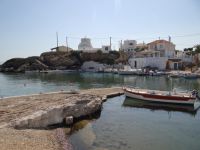 The oldest large settlement in the area is the historically important Faraklo, a large village that stands above the plain of Vatika southeast of Mesochori, with a wonderful view of the Lakonian Gulf. The village was built by the Venetians in the 15th century, and during the Turkish occupation it was the capital of the region. After the War of Independence, it was the first capital of what was then the Municipality of Malea. Starting from Faraklo and descending toward the plain, there are several Byzantine ruins scattered in the area (such as Agios Efstratios, Agios Nikon, and Agios Konstantinos), as well as small post-Byzantine churches that testify to the history of the settlement. 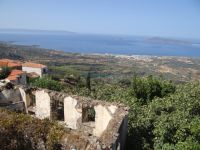 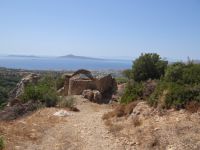 If we climb above Faraklo to the peak of Profitis Ilias with its antennas, we can enjoy a wonderful panoramic view and observe the geography of the entire area, from Neapoli, Elafonisos, and Kythira to the west, to Cape Maleas to the south, the cliff of Monemvasia in the distance to the north, and the vast Myrtoan Sea to the east. At 740 meters, the peak of Profitis Ilias is one of the highest in Voies. (The highest is farther south on Mount Krithina, at 794 meters.) 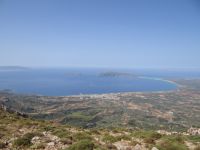 From the northwestern edge of the region at the seaside village of Marathias below the Tower of Fonias, to its northeastern edge at the picturesque fishing village of Panagia on the Bay of Kamilis, we recorded more than a hundred extremely beautiful beaches, most of them sandy, with few people (if any) in the wonderful deep blue water. Very few images of marine landscapes exist in Greece which can compare to the beach of Agia Marina, with its petrified palm forest, at the southern end of the coastal area of Agios Nikolaos. Agia Marina’s petrified forest is included in the Atlas of Geological Monuments of the Aegean, and it is worth visiting the area just to see this. 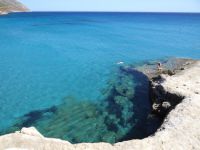 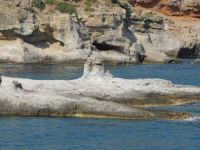 The area around Vatika has a well developed network of footpaths. The variety of mountainous, highland, and coastal areas as well as the relatively short distances between villages and the many points of interest in the region create an ideal area for hikers to explore. You can cover some of the paths by vehicle on relatively passable dirt roads in order to shorten your hike. The most beautiful trail, in our opinion, is the path to the Monasteries of Cape Maleas (or Kavo Maleas), Agia Irini, and Agios Georgios. The trails are signposted with red tags; they have codes (Dn), distance readings, and average times. 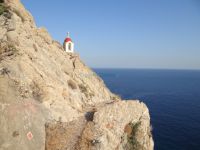 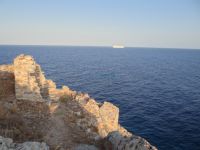 A visit to the Lighthouse of Cape Maleas has a different emotional significance, however, especially for older Greeks. The famous peninsula of Cape Maleas is associated with marine horror stories, because many ships were wrecked when they attempted to pass by it (hence the nickname Xylochaftis, which means “one who gulps down wood”). The Greek geographer, philosopher and historian Strabo recorded a saying of the ancient Hellenes: "Malean the kampsas, epilathou ton ikathe” (that is, if you decide to pass by Maleas, forget you have a family). The construction of a lighthouse at this point was considered essential for the safety of passing boats. In 1860 construction began, and a stone lighthouse was completed in 1883. A trail of 3,500 meters leads to the famous lighthouse, which has now been designated a protected monument. 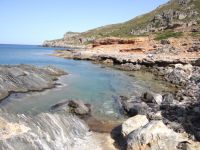 A short distance after Ano Kastanies and Kato Kastanies in Voies, we will visit one of the most beautifully decorated Greek caves. It is particularly striking because of the density of the stalactites, which is greater than in any other cave in Greece. The cave was discovered early last century by a local shepherd, but only in 1958 did it become more widely known and explored. More than three hundred years old, it covers 1,500 square meters, and it is accessible via a 500-meter path. It is called the Cave of Saint Andrew (or Spilaio tou Agiou Andrea) because of the Byzantine church of that name that is located nearby.

You can discover, explore and experience all this and much more in less than a week by visiting this blessed place. With the construction of a new highway connecting Tripoli, Sparta (or Sparti), and Molaoi, it will soon be possible to visit from Athens even for an idyllic three days. 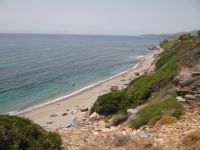 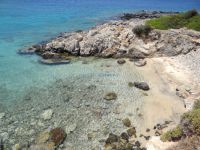 Hotel Hotel Aivali (LAKONIA, MONEMVASSIA)
The Aivali hotel is a family run hotel built on the main seaside road, just 200 meters from the port of Neapoli. It is o… 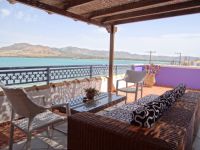 Rooms to let Coralli Studios (LAKONIA, ELAFONISSOS)
Coralli Studios is a small complex of rooms for rent in the beautiful, picturesque Elafonisos. Located on the sea front …

Traditional Guesthouse Elaion (LAKONIA, ELAFONISSOS)
The Elaion (Olives) Rooms are located near the beaches of Simos and Nisia tis Panagias. The rooms are designed in a spec…
More