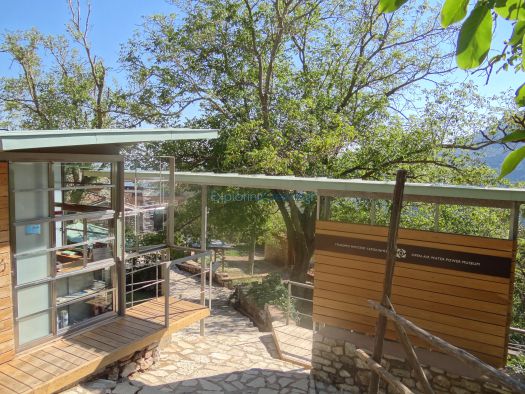 A very interesting museum created in 1997 below the headspring of Saint John (Ai-Giannis) on the site where there were traditional installations with water as the energy source in pre-industrial times (a water mill, a water press, a tannery, gunpowder mills, and water tanks).
Read more...
[Reviews]
Errors? 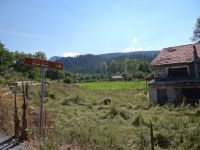 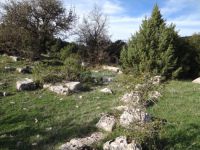 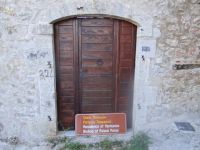 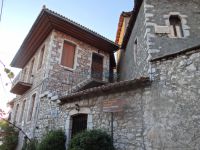 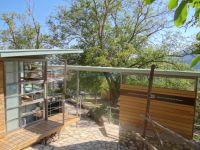 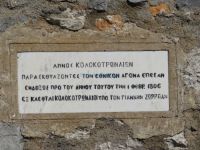 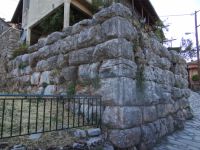 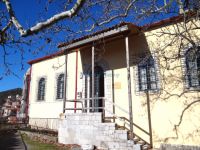 Public Library and Museum of the Greek School of Dimitsana
(Other Cultural Highlight)
ARKADIA, GORTINIA, DIMITSANA 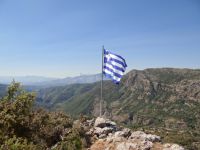 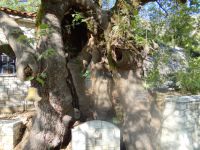 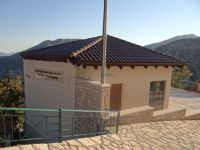 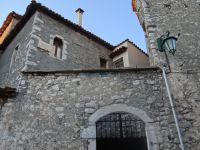 The Open Air Water-Power Museum in Dimitsana (Peloponnese) is a thematic museum centered on the importance of hydraulic power in traditional societies. It presents basic pre-industrial techniques for using water as the main energy source to produce various goods.

In an area covering one stremma (1,000 square meters or 10,764 square feet – roughly a quarter of an acre), in the midst of luxuriant vegetation and abundant streams, a complex of water-powered installations and machinery has been restored, so as to integrate them into a museum on waterpower. Each of the buildings housing the old traditional workshops has been renovated and now has a permanent exhibition whose thematic content concerns the workshop it is in.

The first building houses a fulling tub and a flour mill. Up to the mid-20th century, a score of (covered or open-air) fulling-tubs functioned in the vicinity of Dimitsana, where woven woollen fabrics were washed (different kinds of blankets, bedcovers and rugs). The art of the fuller (or dristeliari, as he was called locally) resided in his capacity to correctly judge the immersion time of each type of woven textile.

Next to that, a flour mill with a horizontal paddle-wheel has been restored. Here the visitor can drop corn kernels into the grain hopper and watch how they are ground by the millstones and fall into the flour bin via the meal spout. The adjoining small room with a fireplace was the miller's house, where his (usually large) family spread out the bedding each night in the loft and slept in rows side by side.

Outside the mill, a rough shelter was erected, similar to the one protecting the raki still that was set up after the grape harvest each year to make tsipouro (a kind of schnapps or eau de vie) from the skins of the pressed grapes. The still would function night and day for 3 or 4 days.

Across from the shelter, there is a two-story building, with the tanner's house above and the tannery just below it. The workshop's interior is divided into "zones" corresponding to the different stages of processing animal hides. The first is for the "waters" (the soaking process), the liming, and the preparatory stages in general (scudding, deliming, bating). The second contains a series of "limbes" (vats) for the actual tanning, followed by a well-ventilated zone used for hanging out and drying the tanned hides in the shade. Lastly, a well-lit corner was reserved for the retanning or currying work (which gives the leather the required properties depending on the use it is destined for).

The stone-paved path leads to a flat area where a natural reservoir has formed, and ends at the gunpowder mill. 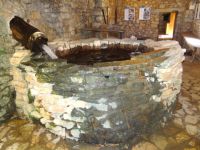