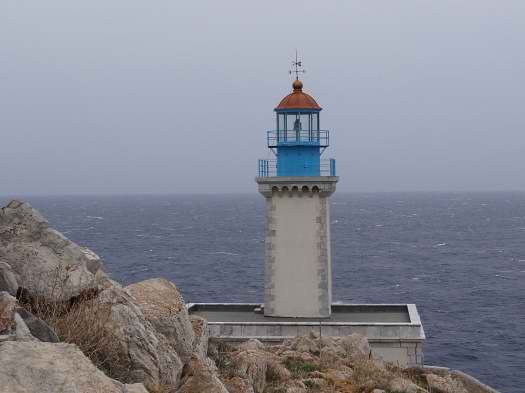 Cape Tainaro (or Tenaro, or Matapas) is the southernmost point in mainland Europe. We can reach it in 30-45 minutes by following a passable path from the village of Kokkinogeia. The path leads to a stone lighthouse built in 1882 by French engineers.
Read more...
[Reviews]
Errors? 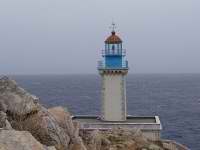 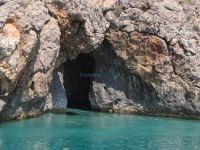 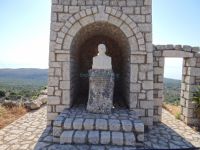 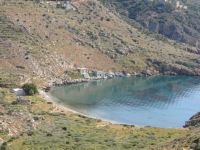 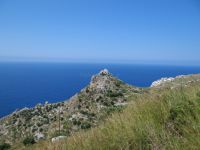 Cape Tainaro (or Tenaro, or Matapas) is the southernmost point in mainland Europe. It is unique in terms of both its natural beauty and important archaeological findings. According to ancient Greek mythology, it also the location of the gates of Hades, where Hercules took Cerberus down to the Underworld.

A road takes us to the small village of Kokkinogeia. There we leave our car and take the footpath that will lead us to the Cape Tainaro Lighthouse. On the way we see parts of the ancient settlement of Tainaro. The path is quite passable as far as the slope is concerned, but relatively difficult because of many stones scattered on the ground (so it is a good idea to proceed with care). The lighthouse area is a Natura protected area.

The landscape is beautiful, but completely bare. There is not even one tree, so extra caution is needed under the summer sun. The experience of walking here when it is very windy is truly unique. 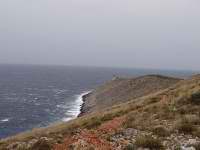 After walking 25-40 minutes (depending on our pace), we arrive at the beautiful stone lighthouse that was built by French engineers in 1882 and used for the first time in 1887. Its light has a range of 22 nautical miles. The lighthouse was first renovated in 1930. During the German Occupation, it was not used. In 1950, after its second renovation, it housed three lighthouse keepers. Today the lighthouse is guarded by Navy personnel who can give visitors a tour of the interior.

From the courtyard of the lighthouse, we can admire the Mediterranean Sea and the ships that constantly pass in front of us, bypassing the famous Cape Matapas (or Tainaro). 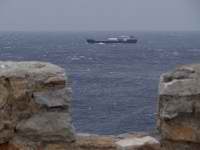 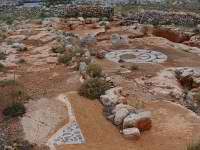 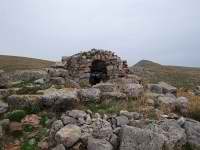 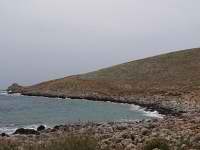 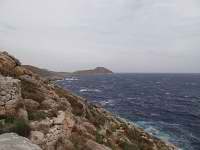 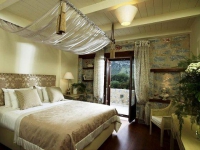