The Mansions and Historic Buildings of Aegina

Mansions and Historical Buildings of Aegina

Numerous important historic houses and mansions decorate the city of Aegina, the first capital of the Greek state (until 1829) and the seat of Governor Ioannis Kapodistrias.

The first one we see when we arrive at the island's port is the mansion of merchant Konstantinos Vogiatzis from Symi, which was built in 1880. Today it is in poor condition, but some restoration work has begun. 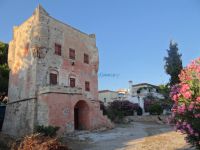 A mansion of Venetian style that was built by the Sp. Markellos, member of the Friendly Society, in 1802. When Aegina became the first capital of the Greek State 1828-1830, it housed various Ministeries and the Office of the town's Head of the Police. 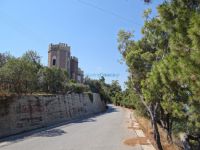 A characteristic Aegina mansion which can be seen leaving Kolona in the direction of Faros and Plakakia. Exactly opposite the mansion, steps lead us down towards a very lovely small beach with azure water. 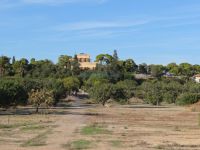 The Karapanou mansion is located in the coastal area of the lighthouse. Previously, the sea reached the edge of the property, so it was called 'Skala Karapanou,' meaning Karapanou Stairway. Situated on a 20 acre estate, it was built in 1850 for Prime Minister Dimitrios Voulgaris, who bequeathed it to his son Lazaros, who later left it to his daughter Maria. Maria Voulgaris married the politician and diplomat Alexandros Karapanos, who gave the mansion its current name. 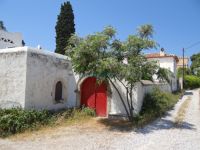 The oldest mansion in Aegina, built in 1767 in the area of Pervola, is adjacent to the Karapanou mansion. The Ministry of Culture has designated it a work of art and a historical building (Government Gazette 967/Β/26-9-1980). The mansion belonged to the governor of Hydra, Georgios Voulgaris. 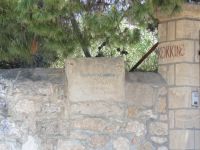 The Mavrocordatos-Finlay mansion, also known as the 'Red Castle,' was built in 1825 in the area of Agii Asomati in the city of Aegina, on behalf of the Scottish historian George Finlay. It has been classified as a work of art and a historic building (Government Gazette 967/Β/26-9-1980). 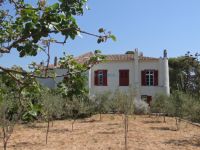 Built in 1829, the mansion is located in the area of Paleopirgos in Aegina. Spyridon Trikoupis, the first prime minister of Greece, lived here with his wife Aikaterini Mavrocordatou (sister of Alexandros), and here he wrote his book 'The History of the Greek Revolution.' The building has been classified as a work of art and a historic building (Government Gazette 967/Β/26-9-1980). 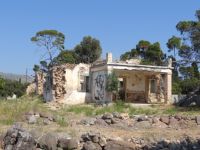 The remains of the mansion of A. Kontostavlos in the area of Paleopirgos in Aegina. It was classified as a work of art and a historic building (Government Gazette 967/Β/26-9-1980). Built in 1829 but destroyed by fire a few years ago, it was a fine example of a 19th century country house. 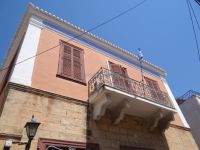 Built in 1817 by Giorgis Ireiotis (or Kontogiorgis), father of Panagis Ireiotis, the mansion now houses the Historical and Folklore Museum of Aegina. 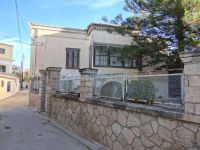 Behind the Square of Heroes, or Plateia Iroon (pronounced Ee-ROE-own) in Aegina, we find the residence of a hero of the Greek struggle for independence, Konstantinos Kanaris. Although abandoned today, it stands out beyond its historic value for its simple neoclassic style.

11. Governor's House of I. Kapodistrias 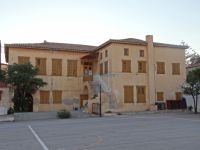 Large, simple two storied building that was reconstructed in 1828 to house the Governor's House of I Kapodistrias. The first Mint functioned here. Since 1948, the Public Library has functioned in newer buildings in its courtyard. 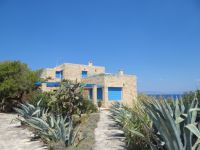 Important Greeks of the letters and arts have associated their lives with Aegina, particularly during the first decades of the 20th century. Ond of those was Nikos Kazadzakis who lived here, for almost 20 years, in a house in the Plakakia area. 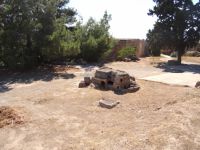 From the Church of Taxiarches in the St Asomatos District,we follow the signs towards the Grosa's Mansion. This is a place for cultural performances that was created by Nassos Grosas and which has hosted internationally famous classical music performers.