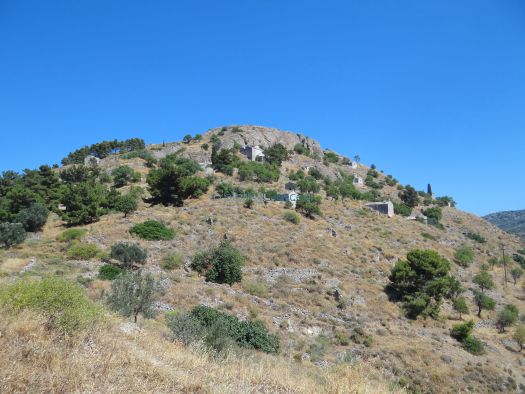 In just 88 square kilometers, Aegina hosts a very large number of active and inactive religious buildings, monuments of cultural heritage that have been the center of action for important religious personalities over the centuries. Combined with Christian holidays and festivals, they function as important points of attraction for both Greek and foreign visitors. This gives tourism in Aegina a highly competitive and relatively untapped comparative advantage over the rest of Greece in terms of its wealth of religious monuments, places of religious interest, shrines, expressions of traditional religious beliefs, and Christian history.
Read more...
[Reviews]
Errors? 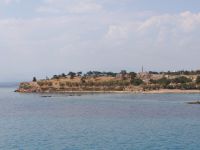 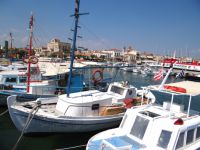 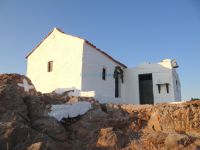 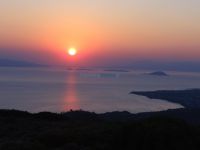 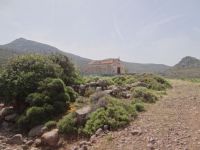 In just 88 square kilometers, Aegina hosts a very large number of active and inactive religious buildings, monuments of cultural heritage that have been the center of action for important religious personalities over the centuries. Combined with Christian holidays and festivals, they function as important points of attraction for both Greek and foreign visitors. This gives tourism in Aegina a highly competitive and relatively untapped comparative advantage over the rest of Greece in terms of its wealth of religious monuments, places of religious interest, shrines, expressions of traditional religious beliefs, and Christian history. 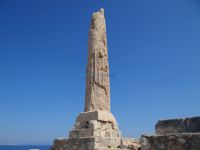 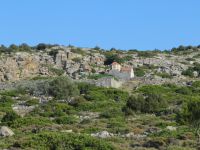 Single-aisled basilicas and cruciform churches from the Early Byzantine and post-Byzantine years (7th to 12th centuries) have also been preserved. Among the Byzantine churches of Aegina, these are noteworthy: the church of the Archangels in Sfyrichtres north of Mount Ellianio, Saints Theodore or the Beautiful Church (Omorfokklisia), a creation of the 13th century, where the town of Aegina meets Kypseli, Saint Nicholas the Mavrikas at Kontos, shortly after Saint Nektarios on the way to Agia Marina, Saint Dimitrios Asomaton on the road from Aegina to Saint Nektarios, Saint Nicholas in Moulos near Kypseli, and Saint Nicholas at Polles Elies near the town of Aegina. 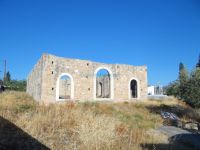 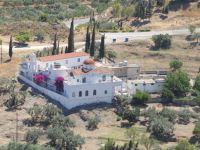 Today, there are seven active monasteries on the island, a very large number considering the island’s small size, and a clear indication that monasticism and the monastic climate have always been well developed in Aegina, where many saints lived in the cells and hermitages. The convent of the Virgin Mary the Golden Lioness (Panagia Chrysoleontissa), also called the monastery of the Dormition of the Virgin, was built in the 13th century in Leonti. In the 15th or 16th century, it was transported to its present location in the center of the island, between small hills on the little plateau of Bourdechtis or Omvrodektis. It is built like a fortress with an imposing tower and ten chapels, in the characteristic square shape of the traditional monastic architecture of Mount Athos. Until the end of the last century, it had 36 cells; today, after rebuilding, there are more.

One of the most remarkable shrines also belongs to this monastery: the dependency of Faneromeni outside the town of Aegina on the road leading to Saint Nektarios. This dependency became very famous after the discovery of its catacombs and the icon of the Virgin Mary of Faneromeni (Panagia tis Faneromenis) in 1829-30. The small convent of the Virgin Mary Eleftherotria in the village of Vathi (to the right of the road from Aegina to Souvala) was just founded in 1960; the church we find there was inaugurated in 1987. Built at the beginning of the 20th century in Kontos, near the monastery of the Holy Trinity, the women’s convent of Saint Catherine has a miraculous icon, rare relics, and the remains of many saints. 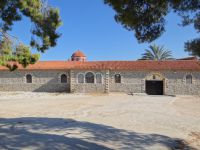 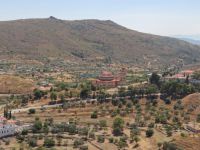 However, the most outstanding destination for pilgrims in Aegina, a site with national significance, is the monastery of Saint Nektarios, also called the monastery of the Holy Trinity (Agia Triada). Built in the form of a quadrilateral with four chapels and a view of Palaiochora, the monastery and the new church of Saint Nektarios together form the religious center of the island. The monastery was built by Saint Nektarios himself in the years 1904-1910 in Kontos, north of the center of the island and six kilometers from the city of Aegina and Agia Marina. It is one of the most famous and prominent destinations for holy pilgrimages in Greece, attracting thousands of Christians each year. In the middle of the monastery complex we find the church of the Holy Trinity, a domed basilica; the tomb of Saint Nektarios is south of this church. The imposing new church in honor of Saint Nektarios which dominates the southern part of the monastery was founded in 1973 and inaugurated in 1994. One of the largest churches of Orthodoxy, it has an impressive dome 20.20 meters in diameter, two bell towers of different heights, and the ability to host up to 9,000 people. 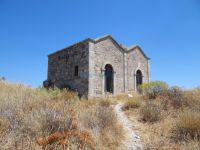 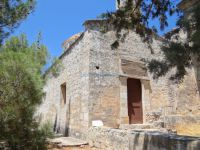 Special mention should to be made of Palaiochora (meaning Old Village), a medieval ‘ghost town,’ a ruined post-Byzantine settlement that was the religious center of the island and is now under the protection of the Archaeological Service. It is on a hill just after the monastery of Saint Nektarios, dotted with forty small churches, the only buildings left untouched by the pirate Barbarossa. Built in the 12th and 13th centuries, the churches are characterized by a Byzantine style. Offering a record of the timeless piety of the Aeginetans, many of these churches have valuable icons, superb frescoes, and etchings and inscriptions with important information. A Byzantine monument that could be described as Aegina's ‘island Mystras’ (that is, comparable to the fortified town in the Peloponnese), Palaiochora offers visitors a unique view and an exceptional experience as a place to visit, hike, and discover history. 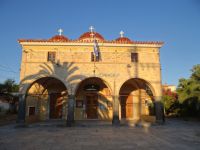 We should also add to this wealth of important Christian monuments the Aegina Cathedral (Metropolis) or "Great Church" (Megali Ekklisia) erected in 1806 with the three altars of the Dormition of the Virgin Mary, Saint Dionysios, and Saint John the Theologian. It had a very important historic role as the church where the first Greek government was sworn in under Ioannis Kapodistrias in 1828, after liberation from Turkish rule, while Aegina was the capital of the modern Greek state. 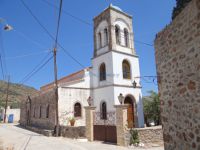 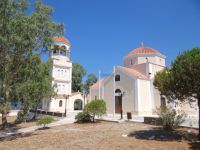 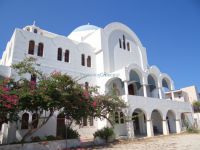 This incredible collection of early Christian, Byzantine and post-Byzantine churches and monasteries, together with dozens of chapels, country churches, and newer churches scattered throughout the island, houses a rich variety of valuable mosaics, religious paintings, and icons that harmoniously connect the Christian faith with history, art, architecture, and culture, and give visitors the opportunity to visit multiple holy places in close proximity. Here, they can celebrate the great religious holidays and festivals, such as the celebration of Saint Nektarios on November 9, the festival of the Virgin Mary (Panagia) Chrysoleontissa on August 15, the celebration of Saint Dionysios, patron saint of Aegina, on December 17, the name day of Saint Sozontas in Perdika on September 7, and the festival of Saint Marina on July 17.

These religious festivals, as well as local traditional manners and customs such as the wedding ceremony of Aegina and the Easter dance, have kept alive the multitude of Christian monuments over the centuries, while testifying to the immutable climate of faith that has always characterized the island, sustaining religious interest throughout the year, and making the fourteen parishes of modern Aegina an ideal tourist destination for those who want to combine their holidays with alternative activities that stem from religious sentiment.

Andreas Tzovolos is an economist, MSc in Tourism Management, MSc in Quality Assurance, and a member of the General Accounting Office.