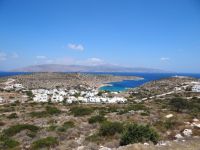 Guide Four Small Pearls in the Aegean: Iraklia (KIKLADES, NAXOS MIKRES KIKLADES)
Lined up in a row in the Aegean Sea are the four small islands of the Small Cyclades, like a set of beads from a pearl n… 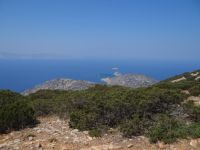 Guide The Trails of Iraklia (KIKLADES, NAXOS MIKRES KIKLADES)
Iraklia and Donoussa have the best signposted network of community trails in the Small (or Lesser) Cyclades. You can get…
More 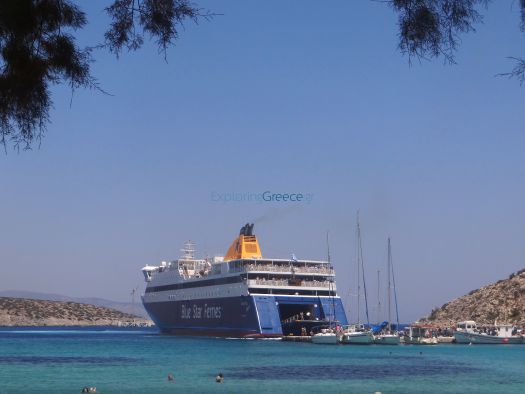 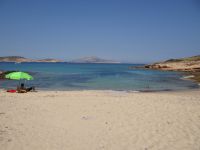 You can get to Iraklia by ferry boat in the following ways:

More information about schedules and reservations at www.digitickets.gr.

The island has a Helicopter Landing Pad.

Iraklia has a small paved road network (about 7.5 kilometers long) that connects the harbor and the village of Agios Georgios with Panagia (4.5 kilometers) and links Panagia to the beautiful beach of Tourkopigado (3 kilometers). There are also a few passable, mostly dirt roads and small sections of roads with cement.

However, the strong point of the island and what sets it apart is the exemplary network of eight main marked footpaths, which add up to 16 kilometers of paths. It is worth walking, since this is the best way to get to know all the beauties of the island. You can explore Iraklia on foot in 4 or 5 days, so a private means of transportation is not necessary.

Other Means of Transport

From the Port of Agios Georgios there are daily cruises to the most beautiful beaches of Iraklia, Alimnia and Karvounolakkos, with the tour boat Anemos. On a trip of less than an hour, we will admire the sea caves in Agriomelissa, the steep vertical cliffs of Merichas (with a height of more than 100 meters) and the Fokospilies (Seal caves). In Alimnia, if the weather permits, we will stop above the sunken German hydroplane, which is still visible from the surface of the sea. Piers have been improvised at both beaches for easier disembarking and boarding of passengers. The boat returns to the harbor in good weather after making a complete the tour around the island; otherwise it returns the way it came. The cost is 15 euros per person. Tickets are available in advance from Super Market toh Perigiali in Agios Georgios. There are also daily trips to Schoinoussa and Koufonisia. Information: Dimitris Koveos 6977310427 - 6972296405

You can also reach Alimnia, with considerable effort, via Footpath 3 and Footpath 5. Footpath 8 leads to the remote beach of Vorini Spilia and finally the beautiful and inaccessible beaches of Aspros and Kokkinos Molos. Merichas Sandy Beach is accessible only by sea, with your own boat. 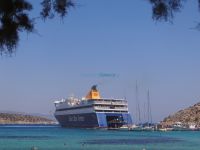 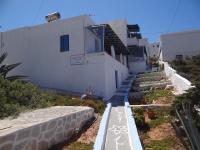